Well today is it, THE far edge of seventeen. My last day as a baby, cause tomorrow I'm officially an adult. I started this blog while listening to Lindsay Lohan singing "Edge of Seventeen"


The words, Lindsay, the mood, the idea of being on the edge of something, and the age, all seemed to have something to do with me. That is why the blog has the title. Lindsay is a lost girl and I felt like one too. And what I wrote has stuff form just before I was 17 till now, the far edge.
I wanted to talk about my mom, I wanted to make a tribute to her, but it ended up being me talking about me, and now I think that is really better, because it helped me to see stuff in my life and get it out, and look at it from a little distance. I've changed a lot in just the 2 months I posted here. I was just coming out of the whole shock of losing my mom, and my own feelings of being sort of a burden. But I had lots of help from family and friends (Greta you are truly my friend!) And I am going to be ok.
My mom was so amazing, but I dont want to talk about that anymore, at least not yet. I said the other day to someone that my mom put a lot of love into me, specially in the last months of her life. We talked so much, it was like she was trying to tell me everything she ever would have said if she had lived to see me grow up, have a career,  get married, have babies. See told me stuff that maybe she wouldnt have shared until I was much more mature or ready for. She was so loving and worried about me, when it was her that needed the attention. But she passed on a lot of her mom/woman/friend wisdom, and it is sitting undigested in my memories until I need it. Mom filled me up with love and wisdom that I will feed off of for the rest of my life. I'm keep realizing just how amazing she was.
I have found that talking about stuff helps let go of it, and I don't want to let go of anything about my mom. I want to have memories of her and little stuff she said or did, pop up in my life when something happens to remind me. Its like that is what I have left of her and I don't want to let go of it.
I do want to let go of the crazy stuff I did and the feelings of knowing how I hurt people, my friends, my family, my mom. And I think I am on the edge of that. Its like I have decided. I don't know what I decided, but maybe its just to live my life better and fully. That is what I think my mom would have wanted for me. That will be my tribute to her, being the best me I can, having a life full of love, adventure, and good accomplishments.

Love you so much Mom, where ever you are. 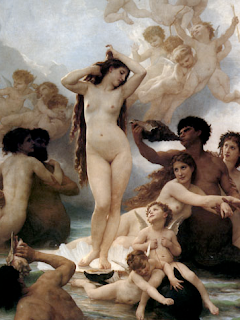 I just heard about Elizabeth Edwards dying. She had cancer a couple of times and this time didnt survive. Its like its sort of like what has happened in my life. My really bad year, 17. Sex, relationships falling apart, people dying of cancer. I dont know. She seemed to hold it together so well even though her husband wasnt supportive of her, at least in what he really did in life. They say he was there with her when she died. Was he there with her when she really needed him, when she should have been going to the doctor, but instead she was campaigning for him? He sounds kinda like me, self centered, immature, and dramatic. Ohhhh I want to be president. Well who would want that job? Everyone hating you, but so much power and attention.
I am kind of at a stage where I am changing from one kind of person to another. I have been such a little baby. I was always the baby, because I was the youngest. And I didnt even realize it but I acted the role and played it for all it was worth. Crying for attention, but not having much to give back but being cute. Now I hope I can still hang onto cute and not need attention so much. I want to do something in life to be worthy of attention. And still be cute!?! If I lose that I wont be able to deal with it! But seriously, I think I am finally realizing that I dont want to be the person other people have to clean up the diapers for! And if you have read this blog from the first post onward, you know I have been a real poop butt!
So thank you Elizabeth Edwards for being brave and all and for dying? Would people have learned from your example if you just faded away?
Alot of what my mom gave me, was in her last months of life when she tried to tell me everything that she would have if she had seen me marry, and have kids, and all that. She tried to pass on to me her wisdom. I dont know if she did. Alot of what she said to me is still like undigested food. Sitting there as memories but not really used. I think I will look back throughout my life at those last months and remember something she said, and I think that is what she was trying to do. I love her so much. Elizabeth Edwards reminded me of her tonight by dying.
I'm crying and happy.


PS Please do some of the silly stuff on the Pancreatic Cancer Action Network link over on the right side. Little bits of help add up. Or Susan B Komen, or what ever. Please?
Posted by Chloe Smith at 7:22 PM No comments:

My Secret, how i was raped and still have my virginity

Thank you for your love and support, I wish I could give it back somehow.

Buy "Far Edge Of Seventeen" at Amazon.com Or Buy it direct from the publisher! And I get a bigger royalty !